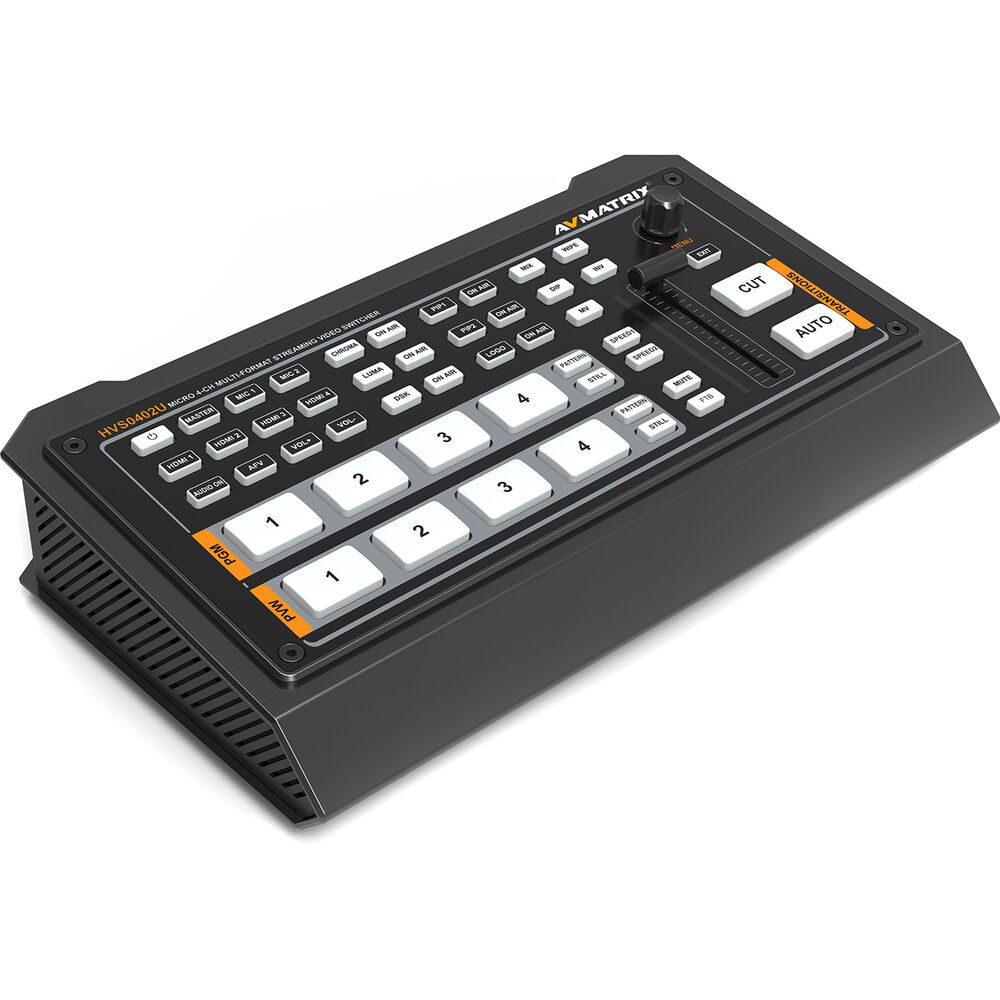 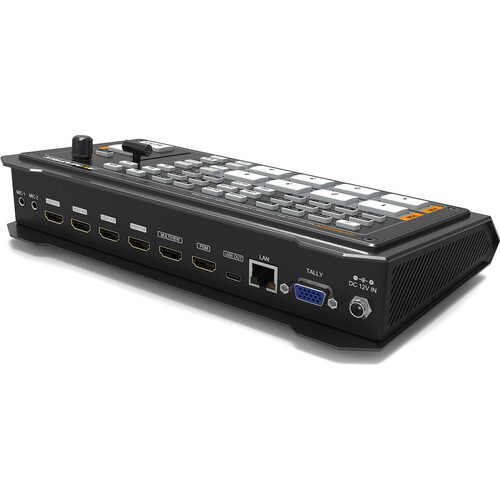 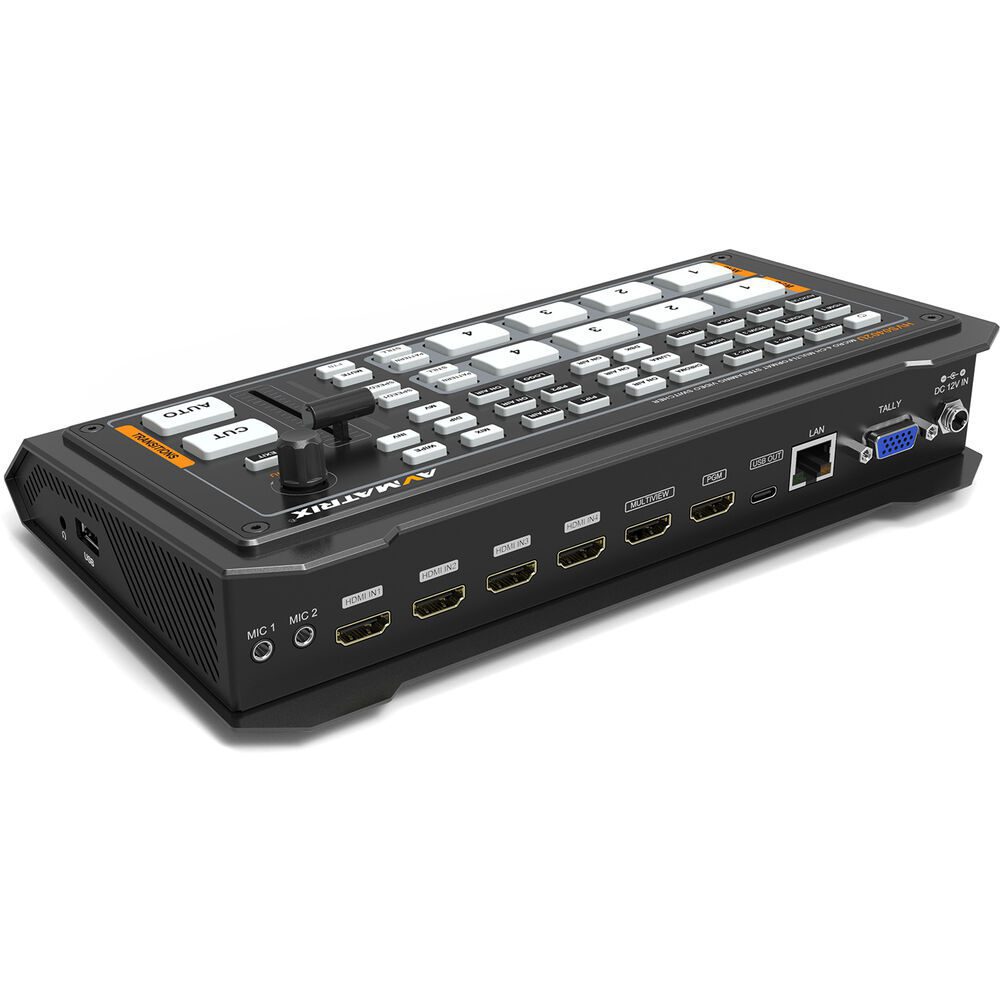 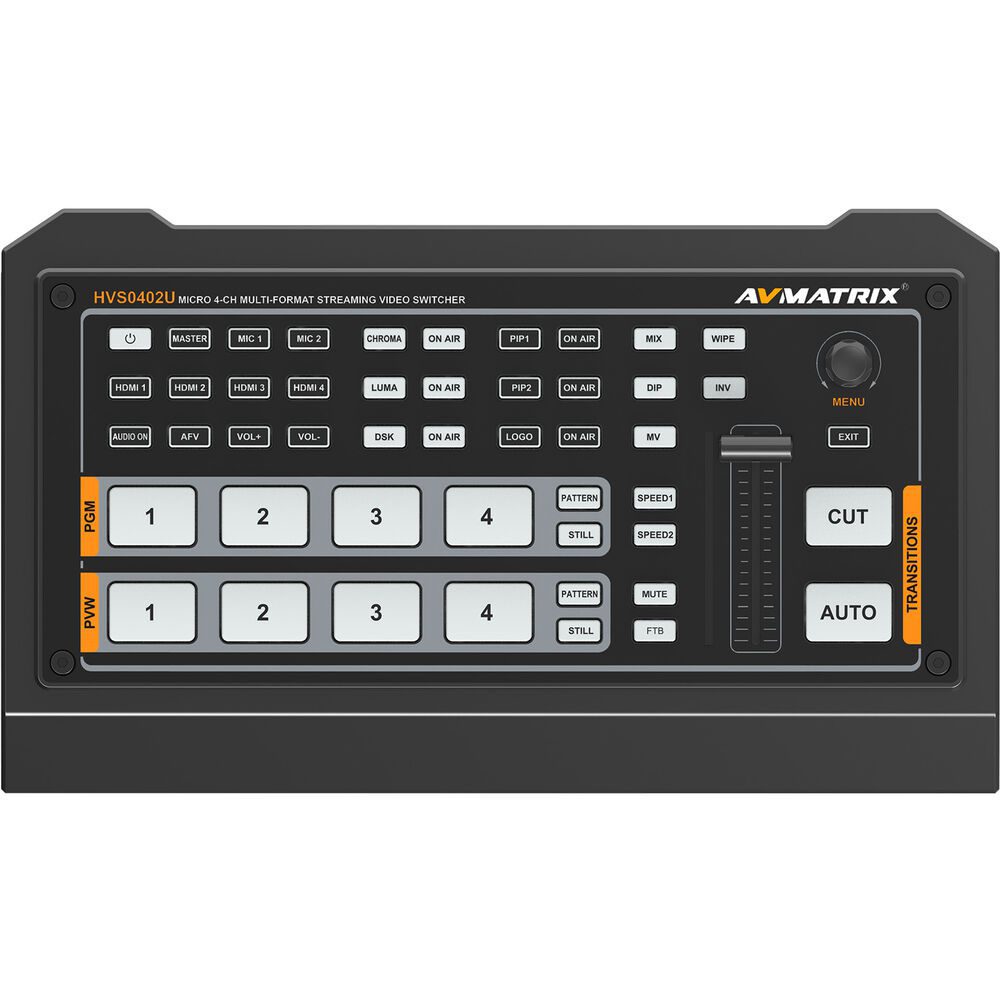 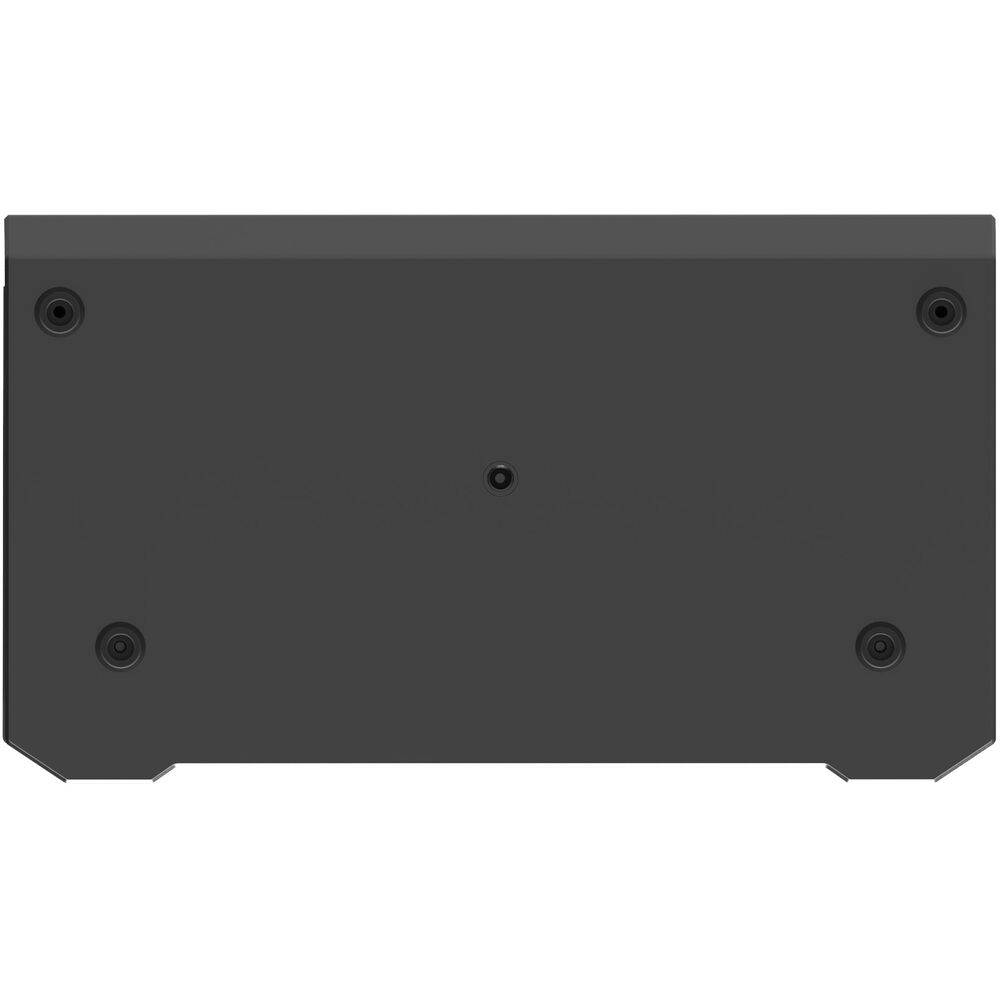 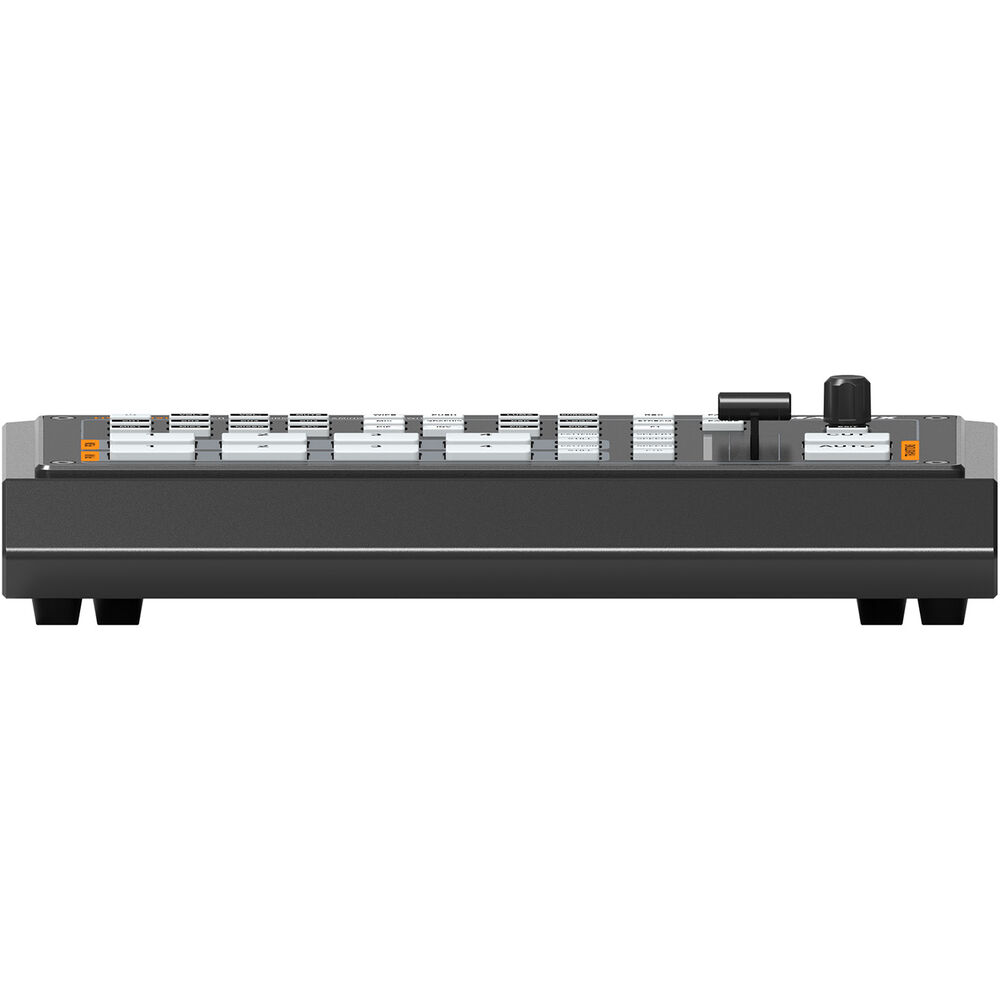 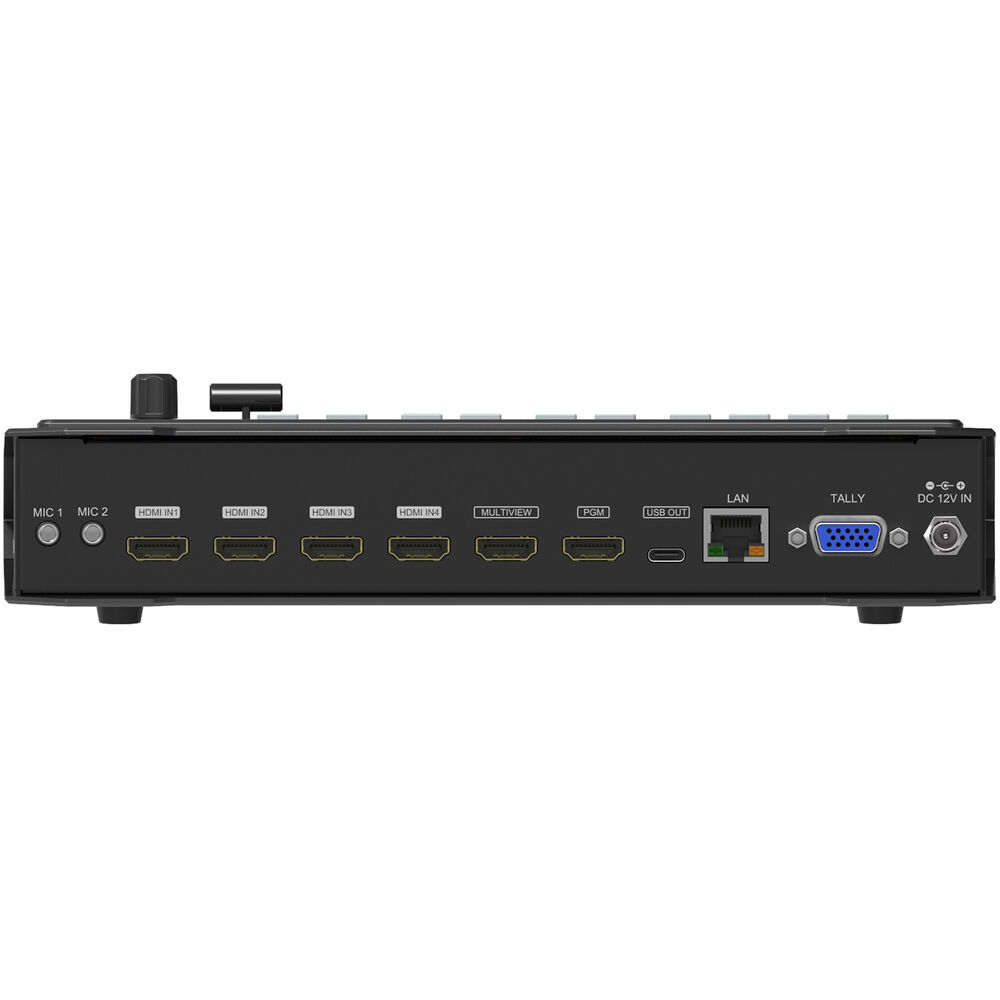 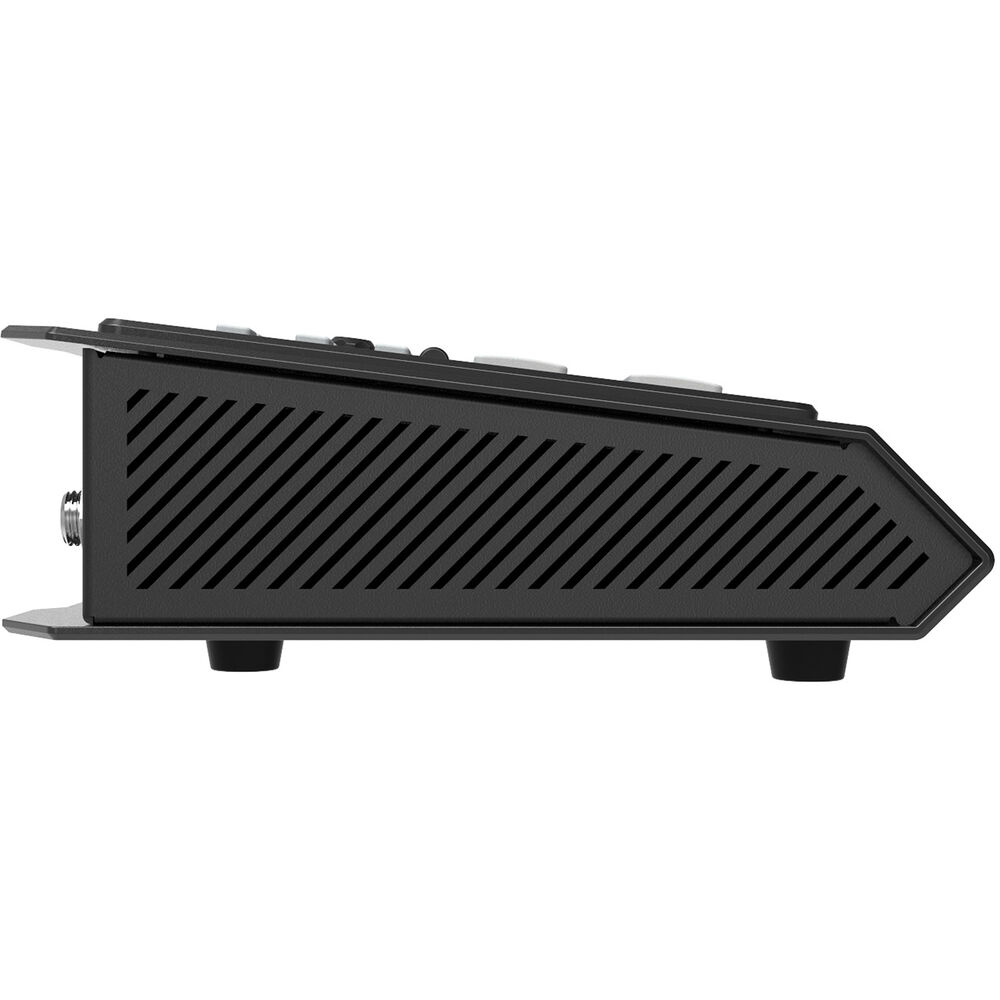 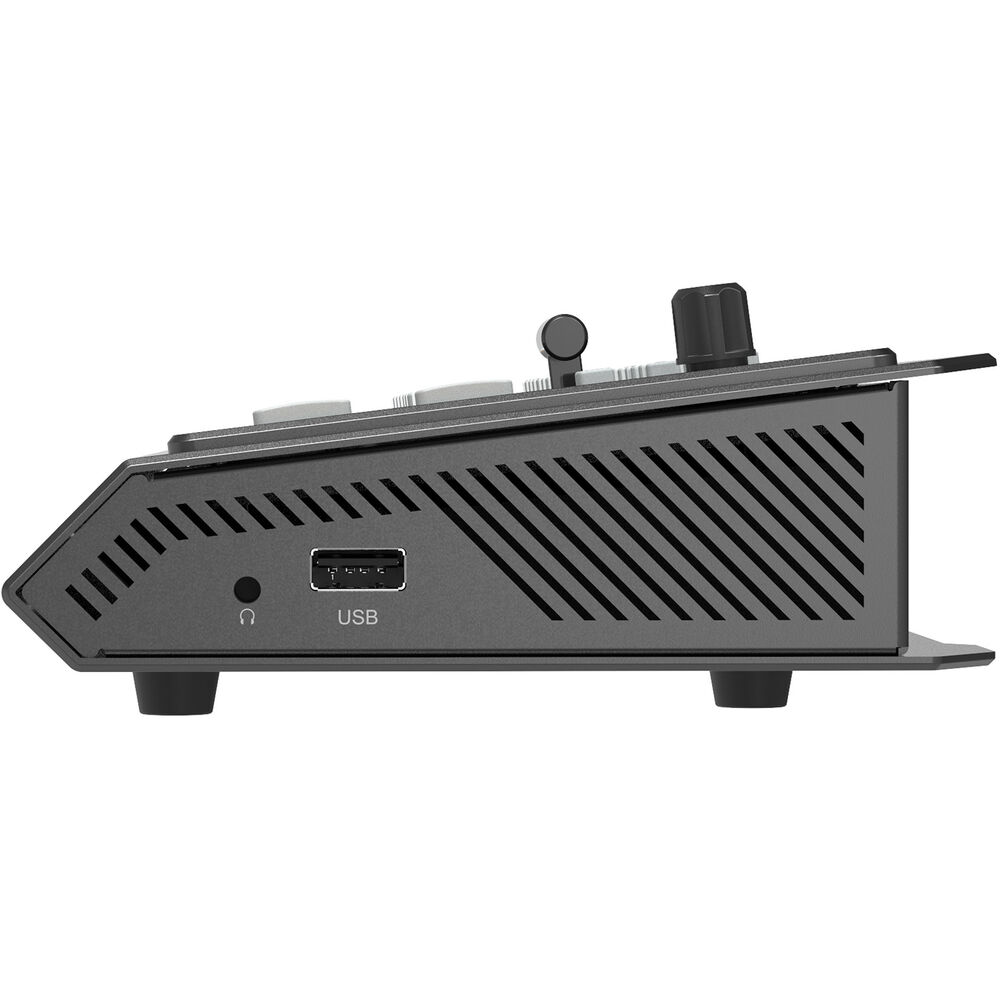 Switch up to four different HDMI video inputs while monitoring the program feed with the HVS0402U 4-Channel Live Streaming Video Switcher from AVMATRIX.

Concert productions, events, houses of worship, virtual studios, educational institutions, and live sports programming are some of the use cases where the HVS0402U could be utilized. Its portable form factor makes it a TV studio you can take anywhere and set up with minimal effort or additional equipment.

You can output the four HDMI inputs via one HDMI multiview and one HDMI program output using scaling features, allowing you to view them all on the same screen with configurable PiP functionality. You can also output program video via the USB Type-C port to a computer for video capture and streaming applications. The HVS0402U features four HDMI inputs that can be connected to cameras or other consumer or professional sources for switching up to 1080p60 video with embedded audio. You can also mix the audio using the two analog stereo 3.5mm mic/line inputs and output along with the embedded audio. You can also remotely control the switcher via IP using software using the LAN port.

Its interface features source and destination buttons and a T-bar for transitions and cuts, as well as mix, fade, and wipe effects. It also features upstream luma key, chroma key, picture-in-picture (PiP), and picture-over-picture (PoP), as well as downstream keying and logo overlay. You can capture up to 16 screenshots and store up to 16 images using the USB Type-A input. The USB input supports disks up to 256GB in capacity. It also features two color generators and one pattern generator.

The HVS0402U features a tally interface that supports GPIO, mute, still frame, and fade-to-black (FTB) functionality. A power supply, USB cable, and tally connector are included, and the 1/4″-20 thread on the bottom provides the ability to mount onto a separately available stand or in a console.